One of the definitions that are often used to describe Industry 4.0 says that it is a convergence of people, physical systems and data within an industrial process to increase productivity, quality and profits through the use of advanced data analysis . It is not the only one used far from it, but it fits as a pedagogical expression. When referring to the term Industry 4.0, it is often pointed to fields such as transport, logistics, food or the automotive industry, and not so much to the pharmaceutical industry, which also deserves its space.

After all, Industry 4.0 solutions can be adequately adjusted to a branch such as pharmaceuticals, which always requires solving different manufacturing problems. Difficulties that prevent increases in quality and productivity, as well as reductions in risk and waste.

However, since 2013 the term Pharma 4.0 has been used for the specific case of the application of Industry 4.0 to the field of pharmaceutical product production. The self-demand of the pharmaceutical industry has made digitization and updating to current times the way to go. Furthermore, increasing pressure from regulators has also influenced the necessary transformation.

Compared to other industries, pharmaceutical production is based on more stringent regulations. Changes in production mean changes in machines, processes, and ultimately in the product itself. To ensure consistent high product quality, authorities such as the European Commission issue strict guidelines, such as good manufacturing practices. So companies have their fair share of reserves when it comes to implementing new and unproven technologies for themselves.

However, many pharmaceutical companies have already taken the first step towards digitization and are now committed to its implementation. In this case, we are talking about serialization based on Track and Trace applications, at least if a holistic solution is used. To comply with all relevant legal guidelines, it is not enough to simply print a data matrix code on the folding box. A holistic serialization and aggregation solution must include the connection between machines and software, ensuring that the entire process can be managed and that data is constantly available. Only in this way, manufacturers and distributors have a clear overview of all steps in the process, while at the same time achieving the connectivity that is the hallmark of Industry 4.0.

Pharma 4.0 technology allows constant real-time monitoring of manufacturing processes, so that specified parameters can be predicted and rectified before it becomes a deviation, avoiding downtime and product losses. 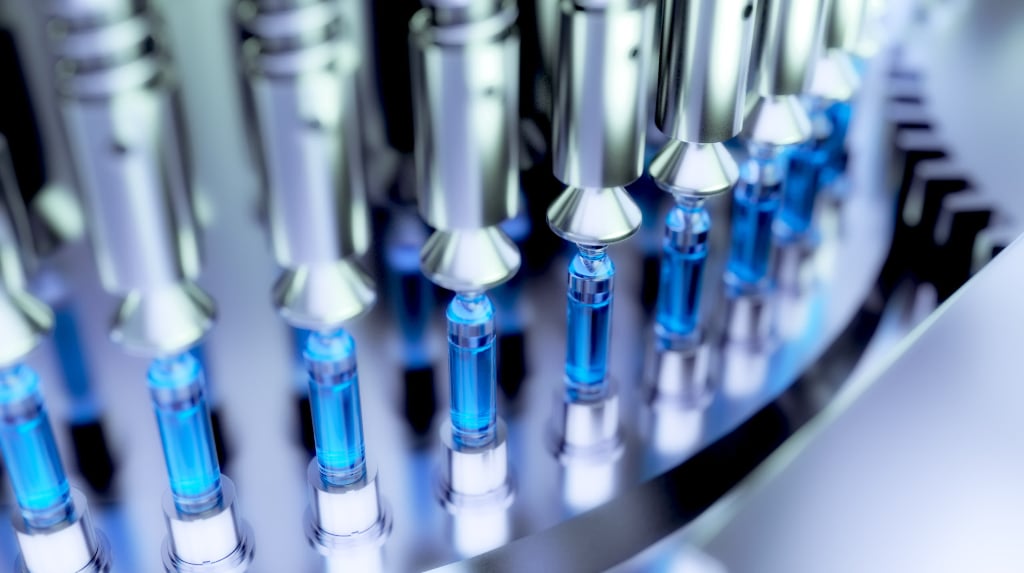 Unlike the automated control elements that have served as the standard for three decades, a pharmaceutical plant that has been structured according to the principles of Industry 4.0, is equipped with multiple sensors that monitor every aspect of the process and even your own wear and tear. These components report their own condition, indicate their remaining life, and predict when they are likely to fail. This enables enormous savings in downtime that would occur if the sensors were not present.

On the other hand, in order to take advantage of the benefits that Pharma 4.0 offers, the enormous amount of data it generates has to be processed using the appropriate advanced Big Data analytics tools. Without forgetting the growing role that Artificial Intelligence plays in data analysis.

Likewise, the real introduction of 4.0 in the pharmaceutical industry means that fewer operators are needed in a production line and that those who make up the company’s staff work as a team due to the different skills that need to be mastered. Data quality will improve with increased automation, but it will take some time before all the necessary data is delivered in a ready-to-use format. Therefore, staff have to spend part of their time preparing the data for analysis.

Although the concept of Pharma 4.0 is more than just process control. By increasing the volume of monitoring throughout the production cycle, it offers predictive analytics and a universe of business insights that were previously unavailable because they were hidden in unstructured, sparse, or incomplete data.

One of the aspects that are usually used to delay the incorporation of Industry 4.0 in a pharmaceutical company has to do with the cost of conditioning the production plant according to the general standards of Pharma 4.0. However, this barrier is not such because the investment required is compensated and amortized rather quickly thanks to increases in productivity and the reduction of downtime and waste.

Another of the supposed barriers has to do with security. At the end of the day, it is about interconnecting a multitude of devices with each other and each of these connections can represent a weak point for the security of the system. But even if this is true, the implementation of an ad hoc plan by a consulting firm specialized in industrial innovation and counting on security personnel with the necessary training.